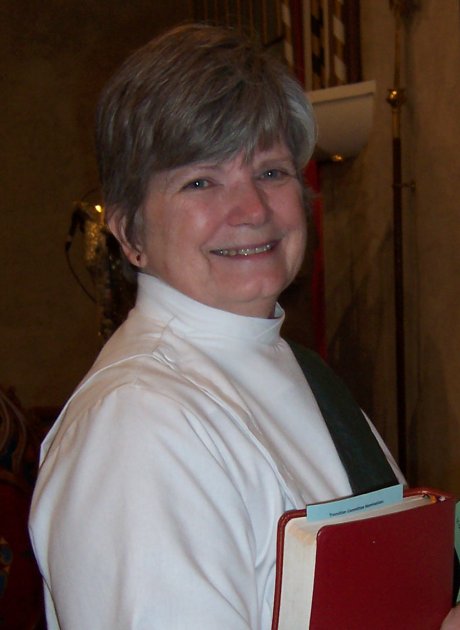 A cradle Episcopalian, I grew up north of West Terre Haute and attended St. George’s in West Terre Haute until I began serving at St. Stephen’s. I have worked in nursing since 1976 and have specialized in oncology nursing since the early 2000s, passing the national oncology certification exam in 2011. I began studying for the perpetual diaconate in 2001, was ordained October 26, 2008, and have served at St. Stephen’s ever since. My husband, Alan, and I (twenty-years and counting!) share six children—Jennifer, Stacey, Mike, Angie (mine), and Josh and Justin (his)—seventeen wonderful grandchildren, and a menagerie that includes two dogs, four cats, two horses, and fifteen chickens. My hobbies include riding four-wheelers with the family, geocaching, crafts, gardening, hunting for fossils. I especially enjoy taking my grandkids to the woods to teach them about nature.